Government schemes, for every exams by state and central government. Especially for UPSC, BPSC, JPSC, UPPSC.

Do check every scheme, it’s up to the point, and which makes it easy to read. Geography current Affairs 2020

49. Core of the core schemes of the central government:  6 core programmes

88. AIIMS are being established under which schemes

And those interested in gaining knowledge over the topic.

The focus given on the most crucial and landmark parts of the current affairs. Help the Reader to comprehend information within a short span of time.

A combined approach of having a topic which widens the thought process of the Reader. And provides better understanding of the fact that it is. So

for the reader to retain and recall the questions and their significance in a much easier fashion.

We believe learning opens up opportunities because create careers and hence better lives.

Because of the nature of the topic daily current affairs can be important but it has been thoroughly discussed in a group. So that the students will improve day by day. Do solve other practice set important for JPSC, JSSC, SI and BPSC. 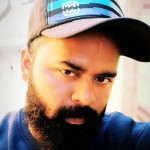